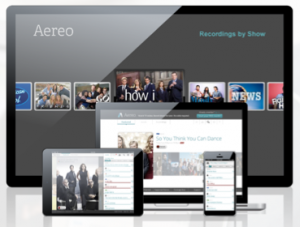 US broadcasters have come together in celebration after the Supreme Court ruled OTT streaming service Aereo illegal.

The Supreme Court ruled by a majority of six to three that Aereo’s strategy of charging customers a monthly fee for retransmitted streams of US broadcast channels violated copyright and should stop. The judgement has been on the cards since April, when the broadcasters’ case was heard.

This comes after Aereo had won a series of judgements over the broadcasters, and rolled its US$8 a month service out in numerous cities across the US.

In effect, the Court decision defines Aereo as a cable provider, meaning its retransmissions are the same as a public performance under America’s Copyright Act. The result is the broadcasters can seek an injunction.

Disney/ABC Television Group, CBS Corp., 21st Century Fox and Univision Communications were among those welcoming the decision, which appears to effectively end Aereo as a functioning business.

“21st Century Fox welcomes the US Supreme Court’s ruling, a decision that ultimately is a win for consumers that affirms important copyright protections and ensures that real innovation in over-the-top video will continue to support what is already a vibrant and growing television landscape,” said Fox in a statement.

Univision said the decision was “a major victory to all consumers and content creators”, while CBS similarly added it was “great news for content creators and their audiences”.

Though the power is now firmly in broadcaster hands, some OTT services agreed with the ruling. “The Supreme Court case could not justifiably have gone in any other way, as Aereo was circumventing the existing TV industry model, remonetising content which was not theirs, or licensed to them, and, therefore, not putting value back into the system,” said Mattias Hjelmstedt, CEO and Founder of cloud TV service Magine.

“This was an unsustainable model, which would ultimately result in content makers not being paid, and therefore, potentially reducing output to the point of extinction. It would have been dangerous to have continued.”

Aereo CEO and founder Chet Kanojia has issued his own statement, claiming the verdict was a “massive setback for the American consumer” that sent a “chilling message to the technology industry”.

“Free-to-air broadcast television should not be available only to those who can afford to pay for the cable or satellite bundle,” he added.

Though the decision appears to make Aereo’s future as a business untenable – something its key backer, former networks boss Barry Diller, acknowledged in comments to CNBC yesterday – Kanojia said: “We are disappointed in the outcome, but our work is not done. We will continue to fight for our consumers and fight to create innovative technologies that have a meaningful and positive impact on our world.”

Gordon Smith, president and CEO of the National Association of Broadcasters, said Aereo had characterised the networks’ lawsuit as “attack on innovation”, but that the verdict showed that claim was “demonstrably false”.

“Broadcasters embrace innovation every day, as evidenced by our leadership in HDTV, social media, mobile apps, user-generated content, along with network TV backed ventures like Hulu,” he added.

“Television broadcasters will always welcome partnerships with companies who respect copyright law. Today’s decision sends an unmistakable message that businesses built on the theft of copyrighted material will not be tolerated.”