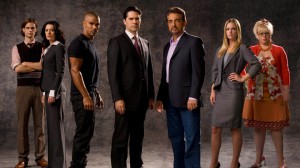 This will see FIC’s flagship channel Fox, plus FX, BabyTV and Fuel retained on the recently relaunched StarSat platform, and the addition of three more: Fox Crime, Nat Geo Gold and Fox Movies.

Entertainment channel Fox Crime will run shows such as The Bridge and Criminal Minds and retro series like Streets of San Francisco and Remington Steele. The channel first launched in South Africa on the DStv platform in August last year.

FIC said the deal played into a corporate strategy of keeping its channel distribution non-exclusive. “The FIC Africa strategic plan has been to ensure increased distribution of our key channel brands to all platforms thus strengthening our presence,” said Alessandro Tucci, senior VP and general manager for FIC Africa.

StarSat is owned by On Digital Media. Until November 2013, it was known as TopTV.