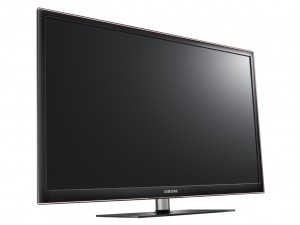 Sales of flat-panel TVs were higher than expected in the first quarter of this year, rising significantly year-on-year, according to analysis by IHS Technology.

The market for the older plasma display technology screens fell by 16% to two million units over the same period.

Samsung and LG were the top performers in the quarter, shipping 17 million units between them. According to IHS Technology, the South Koreans maintained year-on-year shipment growth higher than 10% for each of the three months in the first quarter, boosted by a decision to focus on LCD TVs and launch new, larger, full-HD models to replace older plasma screen devices.

Japanese firms also performed strongly, according to the research, ahead of the introduction of a higher consumption tax, which may have an impact on domestic shipments in the second quarter, according to IHS Technology.

Chinese shipments, on the other hand, fell year-on-year during the quarter, following the withdrawal of a subsidy for energy-efficient products in May 2013.

IHS Technology said there were signs during the quarter of stronger demand for developed markets including western Europe and North America, possibly boosted by the introduction of new ultra-HD sets.