Canal+ and Orange fail to strike deal on Dailymotion 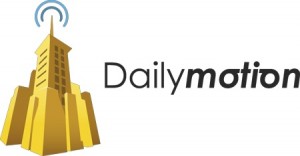 Orange and Canal+ have failed to strike an agreement over the future of Orange’s YouTube rival Dailymotion, according to local press.

According to financial daily Les Echos, Orange has confirmed that it has abandoned the discussions with Canal+ after failing to agree on the future of the platform.

According to the paper, Canal+ wanted a majority stake in Dailymotion, while Orange was determined to retain control of the platform itself.

According to the reports, Canal+’s vision of the future of Dailymotion was primarily as a pay platform that could potentially provide it with a counter to Netflix, which recently unveiled plans to launch in France and other European countries in September.

Dailymotion’s leadership, however, took the view that it would be unrealistic to try to use its platform as a vehicle to compete with better-resourced Netflix. Instead, it views its future as a primarily free-to-view platform like YouTube, supplemented by a number of highly targeted premium offerings like Dailymotion Kids and its Turkish subscription VoD service. For Canal+, on the other hand, Dailymotion is essentially too small to compete with YouTube and should develop primarily as a premium service.

The failure of the talks with Canal+ is a blow to Orange, as it also reduces the possibility of Microsoft taking a stake in Dailymotion. The US software giant is believed to have expressed an interest in making an investment on condition that another partner also took a stake.