Google Fiber could grow to cover ‘significant portion’ of US 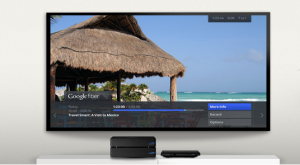 Google’s nascent Fiber experiment could grow into a competitive, profitable fixed network covering “a significant portion of US households,” according to Bernstein Research.

The US-based research firm claims that, based on its financial modelling, there are “material chances that Google could build a network passing 20 or 30 million US homes and small businesses in the next several years profitably.”

“While building a competitive access business is truly hard, we do not think Google Fiber’s chances of scaling up profitably are zero, as most of the Street seem to think. In fact, we believe there is a material chance that Google Fiber could turn out to be profitable in many US cities,” said the Bernstein report.

Though the research it concedes that scaling up Google Fiber profitably “remains a major challenge” and that there are uncertainties about the potential competitive response by existing cable and telco firms, Bernstein believes Google is “playing a much longer game” that extends beyond the next couple of years.

“If our survey results are indicative, we think Google Fiber could break even or be profitable in a material number of cities including many millions of homes and small businesses, even if incumbents match Google’s offer,” said Bernstein.

“If Google makes a break-even investment that leads incumbents to upgrade their network and make available faster, cheaper broadband access on a national basis, that is a big win for Google. That said, we are not convinced that this is Google Fiber’s main or only objective.”

Google is currently assessing 34 US cities for the next stage of its super-fast fibre rollout, having already rolled out Gigabit-speed broadband – offering internet and TV services – in Kansas City, Austin and Provo.

The research modelled the microeconomics of building fiber-to-the-home network infrastructure in more than 3,400 cities and towns in the US – corresponding to 177 million people in almost 67 million households. It also included a survey of existing Google Fiber adoption in Kansas City.

To reach 20 million households and small businesses passed Google would have to build the 126 largest cities. To reach 40 million locations, the number of cities would increase to 760, said the study.

“If we assume that Google could muster the resources and processes to build at a rate of 50 cities a year starting in 2015 it could, at least in theory, pass 20 million homes in three years and 30 million in nine years. In two years, it would pass100 cities or just 17 million homes or so,” said Bernstein.