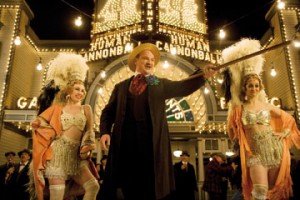 Amazon has struck an exclusive licensing deal with HBO and will carry a raft of the premium cabler’s shows on its Fire and Prime Instant TV services.

HBO has its own TV everywhere service, HBO Go, but the Amazon deal gives it access to catalogue HBO series including The Sopranos, Six Feet under, The Wire, Oz, Band of Brothers and Deadwood. It also covers early seasons of Boardwalk Empire and True Blood.

The US-only deal gives Amazon the HBO series three years after they have been shown on HBO meaning newer series will start to feed through to Amazon including Veep, Girls  and The Newsroom. An HBO spokesperson told DTVE sister title TBI that the company believes the deal for its classic series and older seasons of current shows will not cannibalise the HBO Go service, rather encourage sampling and take-up of the core HBO service.

Amazon, meanwhile, launched its Fire service earlier this month. The US$99 (€72) set-top allows customers to stream video and play videogames.

Brad Beale, director of content acquisition for Amazon said: “HBO original content is some of the most-popular across Amazon Instant Video—our customers love watching these shows. Now Prime members can enjoy a collection of great HBO shows on an unlimited basis, at no additional cost to their Prime membership.”

“Amazon has built a wonderful service—we are excited to have our programming made available to their vast customer base and believe the exposure will create new HBO subscribers,” said Charles Schreger, president of programming Sales for HBO.