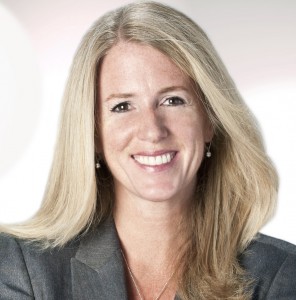 BT and BSkyB have been battling for sports rights in the UK and Bushell served a five-year stint at Sky as director of broadband and telephony, ending in 2011. Prior to that she was director of commercial affairs at Sky Ireland and most recently she has been chief commercial officer at Sky Italia.

She joins BT in July and run BT TV and the BT Sport channels, which have snagged some English Premier League rights. The role will see her oversee negotiations for premium sports rights, in direct competition with Sky.

Bushell will report to John Petter, BT Consumer chief executive. He said: “Delia has an excellent track record of delivery and is an experienced top class executive. She helped Sky build a formidable triple play base and I am sure she will help us to build on our strong success with BT TV and Sport.”

Bushell said: “BT is shaking up the UK TV market and I am thrilled to be joining at such an exciting time. Sport may have grabbed the headlines recently but the opportunity is far broader and I look forward to working with the team to build on the successes to date.”

BT TV currently has a subscriber base of about 950,000. The BT Sport channels are also carried on Sky and Virgin and reach four million UK homes.