IPTV is dead and there is ‘no such thing as TV’, claims UUX exec 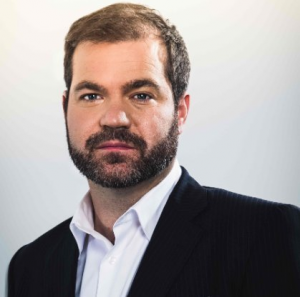 IPTV is dead and the shift to a multiscreen world means that TV no longer exists in the way that it did, according Robert Delamar, the chief commercial officer of internet TV as-a-service firm UUX.

Speaking at TV Connect in London this morning, Delamar apologised to set-top box manufactures but said that the death of IPTV and move to the cloud also presented tremendous opportunities, in a provocatively titled presentation ‘Why Cloud Pay TV Can Put Any Legacy Pay TV Service Out of Business in 90 Days.’

“The hard truth is that this conference used to be called IPTV [World Forum] and now it’s called TV Connect, and that’s for a reason,” said Delamar.

“I’ve seen over the four years that I’ve been speaking [at] and attending this conference a massive shift from what was really about fixed networks, very controlled environments, walled gardens in the context of IPTV on operator networks, to this wonderful, ramshackle, exciting, revolutionary time that we’re in as we make this transition to the cloud.”

Aiming his his talk at the “little bit confused” operator community, he said: “There’s no such thing as television anymore. We live in a world where video is consumed either now or later on multiple screens or on a variety of networks. I think that’s a truth that most of the folks in this room would accept.”

“We like to say at UUX that a television set is just a client on a network,” Delamar added.

Outlining a number of industry “truths” Delamar said that consumer behaviour on a global basis is set to change much faster than the global television distribution industry, and that people are already driving this change. An underlying factor for this is that smartphones now outsell smartphones.

“The smartphone is about to become the remote control for your life. So everything from ‘the Internet of Things’ to most-importantly the television viewing experience, where the smartphone becomes the place where you interact, search discover, programme your own television experience,” he said.

Citing the example of the music industry – which has gone from supporting hundreds of labels to just three majors today – Delamar said unless players in the TV space recognise the changes taking place and adapt accordingly, “a US$270 billion (€194 billion) pay TV market is going to be lost to faster, nimbler competitors.”

“Network operators – if you don’t recognise that we’re in the middle of a shift, and if you’re unwilling to get in front of it, you will be the authors of your own demise,” he said. “The cloud is going to kill any attempts that you make to preserve or protect your legacy IPTV infrastructure.”

However, ending on an upbeat note, the UUX executive said that cloud TV is “an opportunity, not a threat” and has the potential to grow from a US$4 billion industry in 2010 to produce revenues of US$20 billion and eventually outgrow the existing pay TV market.

He added that UUX, which essentially works as a white label provider for branded cloud TV offerings, “is here to help.”

UUX was born last year out of the merger between Total Media Networks, the owner of South American OTT service Totalmovie, and OTT Networks – a move that marked the closure of Totalmovie as a consumer proposition.