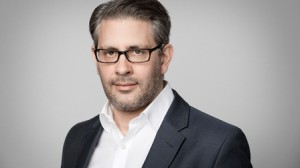 The BBC’s director of television has warned arts channel BBC Four could go the same way as younger-skewing BBC Three if budgets continue to tighten.

Yesterday morning, the British pubcaster confirmed rumours it would shutter BBC Three in autumn 2015 following a series of cost-saving measures.

“The honest answer is no, I can’t [guarantee its future],” he said. “We don’t know for certain what will happen with BBC Four in the future. The reason we made this change for BBC Three is because we face a series of financial cuts the like of which the BBC has not had to cope with before.”

The result for BBC Four was that if “future funding for the BBC comes under more threat then the likelihood is we would have to take more services along the same route”.

Cohen pointed to the fact BBC licence fee payers had been force to pick up the £245 million (US$410 million) bill for the BBC World Service radio platform as a direct reason for cuts elsewhere.

The BBC’s licence fee was frozen until 2017 four years ago as part of a government renewal settlement, which lead to a wide ranging Delivery Quality Firm cost saving initiative that has resulted in cuts across the board. BBC director general Tony Hall linked the BBC Three closure in 18 months to the agreement.

Both his and Cohen’s comments come ahead of the next charter renewal at the end of 2016.