Google to expand fibre experiment across the US 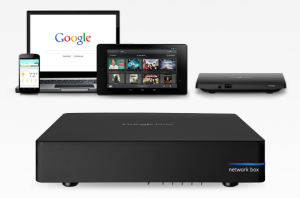 Google is in talks with 34 cities around the US about expanding its nascent super-fast Google Fiber broadband service.

In a blog post, Google’s vice president of Access Services, Milo Medin, said that between now and the end of the year it will “work closely with each city’s leaders on a joint planning process that will not only map out a Google Fiber network in detail, but also assess what unique local challenges we might face.”

The cities under consideration are spread across nine metro areas – Portland, San Jose, Salt Lake City, Phoenix, San Antonio, Nashville, Atlanta, Charlotte and Raleigh-Dunham. Updates on which of these will receive Google Fiber are due before the end of 2014.

“We’re going to work on a detailed study of local factors that could affect construction, like topography (e.g., hills, flood zones), housing density and the condition of local infrastructure,” said Medin.

“Meanwhile, cities will complete a checklist of items that will help them get ready for a project of this scale and speed. For example, they’ll provide us with maps of existing conduit, water, gas and electricity lines so that we can plan where to place fibre. They’ll also help us find ways to access existing infrastructure—like utility poles—so we don’t unnecessarily dig up streets or have to put up a new pole next to an existing one.”

Google has already rolled out Gigabit-speed broadband – offering internet and fibre-powered TV services – in Kansas City, Austin and Provo, and claims that “people are hungrier than ever for faster internet.”