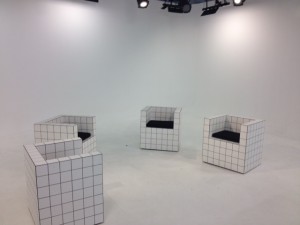 French video site Dailymotion is planning to launch production studios in the US and is also eyeing a London studio launch, after recently opening a Paris production hub.

Speaking to DTVE, Dailymotion’s international content vice-president, Marc Eychenne, said that the company aimed to open studios in either New York or Los Angeles next year, adding that Dailymotion is establishing teams in both locations.

A London studio would then likely follow, said Eychenne, if the studio scheme is a success – both in terms of drawing audiences and generating revenues.

“We’ll see how it works here [in Paris], but I love the creative scene in London,” said Eychenne, who is currently based in the English capital. “If it makes sense, we will do it.”

Though Dailymotion is a French company, only 15% of the firm’s web traffic comes from its home market, with its biggest source of traffic coming from the US, added Eychenne.

News of Dailymotion’s expansion comes less than a month after it opened the doors of its first, and Paris-based, production studio.

The nondescript building in a smart neighbourhood of central Paris is home to 700 square metres of studio space divided into three main studio stages – including a green-screen room.

Eychenne said the studio was set up to “accelerate the ecosystem around Dailymotion.”

Dailymotion’s content producer partners can book and use the space for free, but are required to upload their videos exclusivity to Dailymotion, or at least use the site for the first window of web exclusivity for that content.

“With the studio it’s a big opportunity for our indie creators or pure players that want to create more and more videos for their website or their Dailymotion channel,” said Eychenne.

“We have just opened [and] I would say that we have already launched around 15 channels. Everything is really new – it’s a mix between talk shows, music live-streaming, funny videos, sketches, and things like that.”

Globally, Dailymotion says that it has more than 10,000 partners – including the likes of the NFL, Paris Saint Germain football club and social news site Buzzfeed. Through its Paris studio, Eychenne said that if Dailymotion is able to “launch 100 original channels in the first six months, then it means that it will be a big success.”