‘Cord thinning’ on the rise 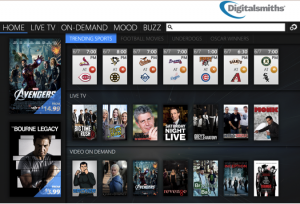 The trend of ‘cord thinning,’ cutting one or more pay-TV services, is on the rise, with 16.9% of people decreasing or removing services in Q3, according to new research by video search and recommendation firm Digitalsmiths.

The consumer trend survey noted a sequential rise in chord thinning from 13.4% in Q1 and 14% in Q2 with premium channels proving the highest-ranking service that was cut. However, 17.2% of consumers said they had actually increased their cable or satellite services.

“While survey results on cord-cutting and cord-thinning prove customer retention should remain a focus among pay-TV providers, the latest growing trend is cord-cheating. A topic Digitalsmiths introduced in Q2 2013, cord-cheating refers to the continuing trend by consumers to seek on-demand video content from third-party services and OTT services as an alternative to their traditional pay-TV provider,” said Digitalsmiths.

By comparison, 72.9% of respondents said they never purchase from their pay TV provider’s VoD catalogue.

In terms social media’s influence on viewing habits, Digitalsmiths found that 15.4% tweet or post what they are watching on TV to social networks, while 30.8% said they choose to watch something based on a TV show or movie’s social buzz.