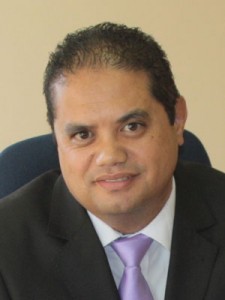 Convincing governments about the long term economic benefits of DTT migration is one key to driving the process forward, said Aldred Dreyer, CTO, Namibian Broadcasting Corporation, which plans to launch that country’s DTT platform on November 27.

Dreyer said individual countries had to set their own priorities, and delivering water would always take precedence over delivering TV. He said NBC had managed to convince Namibian parliamentarians that DTT would make economic sense, in part because of the spectrum savings it would deliver. However, he said, the small size of the Namibian market meant that the economic benefits to government of any future spectrum sale would likely be limited.

He said the broadcaster had lobbied parliamentarians about the importance of DTT because it was necessary to educate them about the process and its benefits, with the majority of legislators displaying limited if any knowledge about digital migration. Dreyer said last week’s Digital Migration Forum in Lusaka had agreed that it was important to resist any movement of the 2015 deadline in order to keep legislators focused.

NBC has adopted an ambitious strategy of linking digital migration to attempting to drive up revenues from the collection of licence fees. NBC decided to implement conditional access in its hybrid set-top boxes to protect content and to deliver revenue in the form of improved licence fee payments.

However, TV licence payments to decoder sales during Namibia’s switchover process was a “nightmare”, Dreyer earlier told attendees during a presentation of NBC’s approach to switchover, adding huge complexity to the process and acting as a disincentive to take-up. Other problems included communicating facts about migration and the technology required in different languages.

NBC is also making plans to complement the DTT offering with the launch of a “free access” though not a “free to air” satellite platform to deliver digital TV to the most hard to reach 30% of the population, Dreyer said.

Speaking on the panel session, Eugene Nyagahene, CEO, Tele10, Rwanda, said the ITU has to educate African governments about why DTT migration is important, and money has to be found to enable the process. Finally, there has to be an agreement on standards, he said. Chinese players are currently offering incentives to adopt Chinese standards, and corruption in several countries is a major challenge, he said.

Nyagahene said that Anglophone countries are moving more quickly than Francophone Africa in implementing DTT. “These [French-speaking] countries have no clue,” he said. “These [DTT terms] are English acronyms.” Nyagahene said that only Tanzania and Mauritius have implemented switchover to date. While Mauritius had evidently completed the process successfully, Tanzania had experienced a lot of problems, he said.

Nyagahene said he believed there is little chance of other countries in Africa meeting their 2015 deadlines.

Mike Aldridge, managing director of South African community channel provider Cape Town TV, said government had struggled to get to grips with DTT implementation in South Africa. The process had been scheduled to start in 2012 but there is still little sign of it happening. “There is still a lot of uncertainty about the implications of DTT particularly for community broadcasters,” he said. “But the main factor now is the new DTH platforms from Platco and Sentech’s Freevision platform.”

The launch of Freevision, originally intended as a gap-filler for DTT, has preceded the DTT offering. “DTT could be the poor cousin of DTH, with fewer channels.”

Aldridge said that the Sentech platform in particular could emerge as a more attractive alternative to DTT with a wider channel choice, unmediated by the regulator’s supervision.

“While ICASA [the South African regulator] has thought carefully about who will be on the digital multiplexes, right now there is a proliferation of DTH bouquets. Looking at Sentech, its acting as the gatekeeper, and anyone can sign up and go on,” he said.

The success of DTT in South Africa will ultimately come down to consumer uptake, said Aldridge.