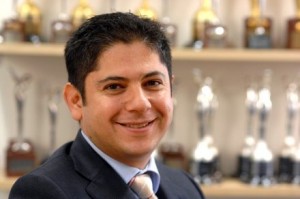 Fox International Channels (FIC) has unveiled a new structure for its management team for Europe and Africa.

Under the leadership of Jesús Perezagua, president of FIC Europe and Africa, the new structure groups the Fox business into four entities, and sees the appointment of four, newly promoted executive vice-presidents.

Diego Londono, who also serves as chief operating officer for Europe and Africa, will assume the role of president of western and northern Europe, with oversight of the UK, Italy, Germany and the Nordic region.

Finally, Adrian Herzkovich, who has served as general manager of FIC Argentina and most recently of FIC Netherlands, takes on the role of EVP Benelux and France.

“FIC has grown incredibly fast and has become a global leader in entertainment. We hold an enviable position in Europe and Africa, but at the same time recognise that in order to grow our business, we need to adjust to meet the demands of an increasingly complex business and organization”, said Perezagua. “Diego, Carlos, Adam and Adrian have each tirelessly contributed to FIC’s exponential growth. Their extensive track record, business acumen and dedication make them the perfect set of senior managers to take us to the next level.”