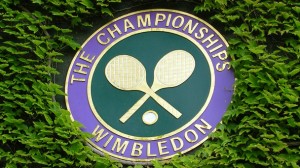 The BBC has confirmed that it will broadcast the final stages of this year’s Wimbledon tennis tournament in 3D.

Separately, the BBC has highlighted a record digital audience for its online and Red Button coverage of the Glastonbury festival.

The UK public broadcaster will air the Wimbledon women’s and men’s semi finals and finals in 3D free-to-air via the Red Button service as part of a “small number” of ongoing 3D experiments.

Kim Shillinglaw, Head of BBC 3D, said: “We’re delighted to provide live 3D coverage from the biggest matches of this year’s Wimbledon. Major UK sporting events are a big part of our trials with 3D content and this allows us to build on our work from previous Wimbledon Championships and the London 2012 Olympics.”

The BBC has previously aired 3D broadcasts on the BBC HD channel, until this channel was replaced with an HD simulcast of BBC 2 earlier this year.

The 3D announcement follows the BBC’s move to increase its digital coverage of the tournament, increasing the number of live online streams available across PCs, mobiles, tablets and connected TVs up from a maximum of six last year to 10 this year.

In addition, up to three streams will be available via the Red Button for the UK’s cable, satellite and digital-terrestrial platforms.

The Wimbledon 3D announcement also follows news that the BBC recorded a record 1.5 million unique browsers accessing its digital coverage of last weekend’s Glastonbury festival, up 98% on the 2011 figure, including 700,000 live and catch-up TV and radio requests for The Rolling Stones’ headline performance.

Of the unique browsers total, 47% accessed the event via PCs, 25% via mobiles, 17% via tablets and 11% via connected TVs. Forty-two per cent of total traffic over the weekend came from handheld devices, while a daily record of 228,000 people used the BBC iPlayer Radio app on Friday. About 109,000 people downloaded the radio app over the weekend, taking total downloads to 2.6 million.

Over 6.2 million viewers accessed the BBC’s Red Button coverage of the event, up by 77% on the 2011 festival.