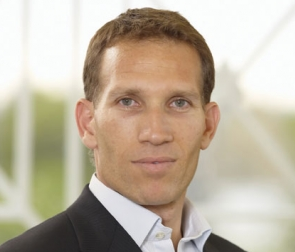 The news comes soon after Kriez sold his shareholding in Israel’s Kuperman Productions to former employer Endemol.
He had left Endemol in 2011 after what was understood to be disagreement about the Big Brother producer’s strategic future as it wrestled with a multi-billion dollar debt.

The former Fox Kids Europe co-founder will now lead Maker, replacing founder and CEO Danny Zappin, who is stepping down but remaining on the board. Kreiz now work with co-founders Ben Donovan and Lisa Donovan to develop the business.

He was already Maker’s chairman following an investment in the network last year, which came as part of a US$36 million financing round lead by Time Warner.

Maker’s 1,000-plus channels collectively get more than three billion views a month and are fast closing in on 100 million subscribers.

In a memo seen by US new media blog AllThingsD, Zappin wrote: “As the former CEO and Chairman of Endemol, the worlds largest independent production company, and as the co-founder and CEO of Fox Kids, Ynon has the specific media exec experience that we need to take Maker to the next level.”