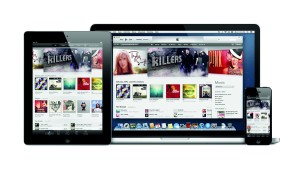 According to the US stats, iTunes also accounted for 65% of online sales for feature-length movies and also took a 45% share of the online movie rental market.

In the rental space, Amazon Instant video was second place with 18% of the market, followed by Walmart-owned video store Vudu with 15% and then Xbox Video with 14%.

“Apple has successfully leveraged its first-mover advantage and of iTunes, iOS and the popularity of iPhone and iPad to dominate the digital sale and rental markets for movies and music,” said Russ Crupnick, senior vice president of industry analysis at NPD.

“While worthy competitors have come along, no other retailer has so thoroughly dominated its core entertainment product categories for so long,” he added.

The stats came as Apple announced its fiscal second quarter results, which saw revenue for its iTunes, software and services division climb 30% year-on-year to US$4.1 billion (€3.15 billion).

Overall, the company posted quarterly revenue of US$43.6 billion, up from US$39.2 billion last year. However, quarterly profits dropped for the first time in 10 years at US$9.5 billion.