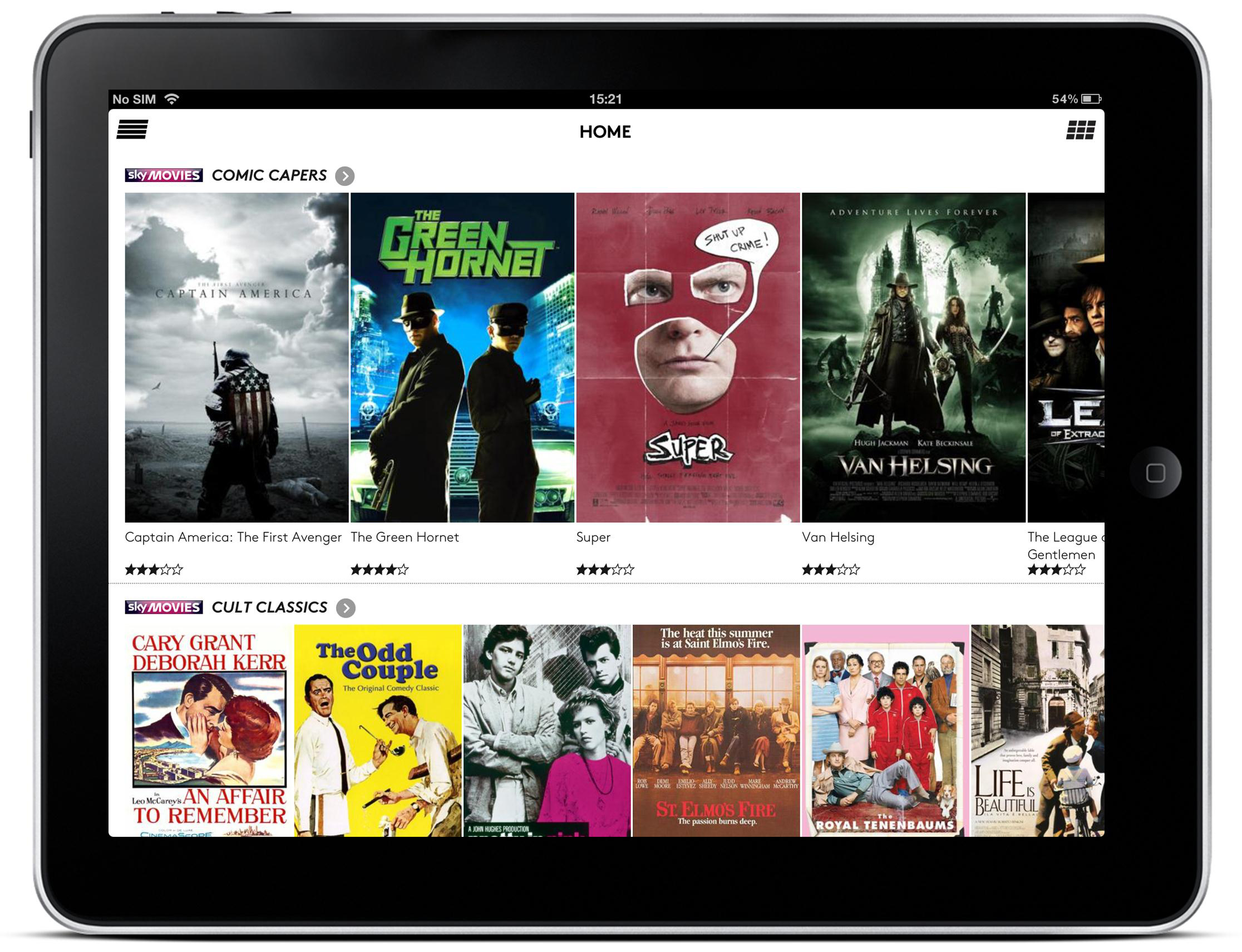 Now TV will launch with a movie offering giving access to the entire Sky Movie collection for £15 per month. The Sky Movies pass will give users a choice of over 600 movies, including recent blockbusters. Now TV customers can also access over 1,000 catalogue titles on a pay-as-you-go basis, with movies starting at £0.99 (€1.26) and rising to £3.49 for the latest releases.

Now TV will be available on Android smartphones, PCs and Mac computers from tomorrow. Sky said it would launch on iPads, iPhones and Xbox 360 games consoles in the coming weeks, while talks are underway to launch on PS3s and Roku devices. Sky had already confirmed that Now TV will be available on YouView, the UK’s soon-to-launch connected TV platform.

By the end of the year, Sky will add content from Sky Sports to the service, with Sky Atlantic, Sky One and Sky Arts following next year. Simon Creasey, the director of Now TV, would not be drawn on pricing for non-movie content but told DTVE that it would be in keeping with the “flexible, non-contract approach to Now TV movies”.

Speaking at a launch event this morning, Stephen van Rooyen, Sky’s managing director of sales and marketing, said, “The huge success of Sky Go prompted us to think about how we expand the service. Now TV gives us the opportunity to extend our reach to the 13 million households that don’t take a pay service. It gives us the opportunity to use a new non-commitment model to deliver our services to those customers.”