Unity Mobile to highlight use of QR codes 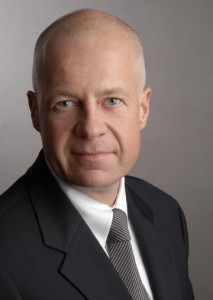 “Your audience is going mobile,” said Thomas Wittig, CEO of Unity Mobile.  “Mobile is taking over as the main internet access channel in terms of volume; the shift

is so prolific that it is estimated that more than three billion mobile users can now access the web, stream news and catch-up TV via connected devices. According to a recent ComScore survey, 26% of European mobile audiences are already consuming video through their devices. We believe that this year’s IBC delivers a clear call to action to the broadcast industry: it’s simply irresponsible to ignore the demand for mobile-viewable content.  Mobile is central to maintaining and attracting new audiences.”

The company will highlight the use of QR codes [2D barcodes which can be scanned by smartphones] to allow media businesses to directly connect with potential customers. Unity says that the deployment of QR codes is growing in popularity, with recent examples such as BBC’s The Good Cook series proving successful as a tool to help viewers recreate the recipes they see on the screen.

Unity Mobile will be exhibiting at IBC on Stand 3.C35 alongside sister company Visual Unity.