Trends and technologies at CES 2014 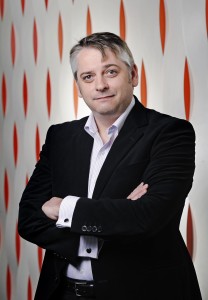 Red Bee Media’s chief technology officer, Steve Plunkett talks us through what to look out for at this year’s Consumer Electronics Show (CES) in Las Vegas.

It’s that time of the year again. The over-indulgence of the Christmas period, perhaps with some technology overspend on the latest gadgets, gives way to the double whammy of the credit card bill and the world’s consumer electronics companies rolling in to CES in Las Vegas showing off what will shortly make those new gadgets obsolete.

As the world’s biggest show of its kind, CES covers everything from connected washing machines, robot vacuum cleaners, Terminator-esque glasses and of course TVs and related media devices. I suspect that much of the focus this year will be on wearable technologies and the long heralded ‘Internet of Things’ (WiFi enabled kitchen goods etc), but as always we can expect to see the current state of the art in the consumer facing side of our industry too. So what should we be looking out for?

Every manufacturer you have ever heard of, and many more that you haven’t, will be demonstrating Ultra-HD/4K wares at the show. There seems to be unstoppable momentum amongst the CE vendors to put 3DTV behind them and replace it post haste with UHDTV.  Putting aside for now the debate about the practical benefits of 4K resolution on sub 60-inch screens, and the lack of any content, it’s probably a safe bet to assume that these displays will become mainstream over the next five years.

However, despite the fact that I make the typical early adopter look like a technophobe laggard, I won’t be buying a 4K TV just yet. There are too many outstanding issues to be resolved before it makes sense for the home. These include the maturity/availability of HEVC/H.265 implementations to make distribution practical – and other contenders such as Google’s VP9 codec, which will be promoted at CES. Ditto for the latest version of HDMI (2.0), which will be necessary to feed your UHDTV with attractive higher frame rate material, and related industry consensus on issues such as colour spectrum and contrast. And that’s to say nothing of the cost to upgrade the entire production, post and broadcast distribution chain to get high-res content there in volume.

One of the most impressive display technology improvements that I noted at last year’s show was the OLED TVs being demonstrated. OLED is a very different technology to today’s LCD based displays, not to be confused with the somewhat misleading “LED” TVs that dominate at the moment. LED TVs use LCD panels that are backlit using an array of LEDs. OLED TVs require no backlighting and so can be both thinner and less power hungry, but most notably, they provide beautiful images with vibrant colours that have to be seen to be appreciated.

Unfortunately, large OLED panels are expensive to produce using current manufacturing processes and the OLEDs themselves deteriorate and lose their colour range over time. Sony and Panasonic teamed up to tackle these issues but that partnership was recently abandoned leaving some to question the future viability of OLED TVs. Let’s hope that breakthroughs can be made as this really is a promising technology.

Finally, we are likely to see more attempts to make your TV smarter, both in terms of how it connects to content and how it connects to us. Internet delivered content is already quite common on new TVs and the earlier technology limitations are being steadily addressed. Gesture and voice control, along with viewer recognition technologies are emerging and are something to watch with interest in 2014.

As the ongoing attempts to reinvent television continue, it’ll be interesting to see what CES 2014 brings.