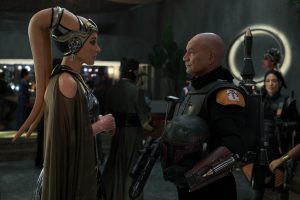 The Book of Boba Fett

SVOD streamer Disney+ has confirmed launch dates for the 42 countries and 11 new territories set to launch in May and June, with South Africa the first of the new territories to receive the service.

The streaming service will launch in South Africa on 18 May 2022. South African pricing has also been announced at ZAR119.00 per month, or ZAR1 190.00 for an annual subscription.

Launches in other territories will follow in June, beginning with MENA territories on June 8, to be followed by a number of countries in central and eastern Europe, as well as Turkey and Greece, on June 14.

The service will launch in a number of disparate territories around the globe on June 14, and in Israel on June 16.

From May 18 South African subscribers will have access to Star Wars’ The Book of Boba Fett and The Mandalorian and Marvel Studios’ Moon Knight as well as Academy Award-nominated movie Shang-Chi and the Legend of The Ten Rings, among other content, at launch.

Disney+ offers access to high-quality viewing up to four concurrent streams, unlimited downloads on up to ten devices, and the ability to set up to seven different profiles.