Canal+ Polska has secured the rights to the country’s second speedway league, the 2. Ligi Żużlowej, for the next three seasons 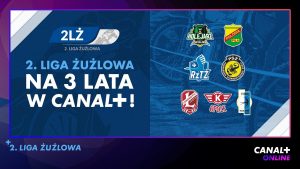 The addition of the speedway league, coverage of which kicks off on April 9, adds to an established speedway offer from the pay TV provider.

From the forthcoming season, Canal+ viewers will be able to follow the top-tier PGE Ekstraliga, which kicks off on April 8 as well as the first and second leagues.

As well as DMP team leagues, Canal+ is also, from this season, sponsor of the IMP individual championship.

Speedway, which has a strong following across central and northern Europe, is one of the most popular sports in Poland, with Polish teams and individual riders highly ranked in international competitions.