The board of Orange has proposed the nomination of Jacques Aschenbroich as the company’s new non-executive chairman to sit alongside CEO Christel Heydemann at the head of the company after the departure of Stéphane Richard. Richard currently combines chairman and CEO roles. 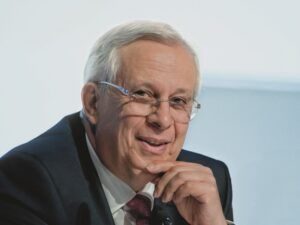 Aschenbroich will take up his post as chairman on May 19, subject to a vote at the company’s AGM.

The board has proposed a modification to Orange’s statutes in order to allow a chairman reaching 70 years of age during his mandate to complete his term of office.

Aschenbroich, who has had a long career in business and public administration in France, is currently the chairman of automotive technology specialist Valeo, having previously served as CEO.

The board also proposed the nomination of Valerie Beaulieu-James, chief sales and marketing officer and executive committee member of the Adecco Group, as director She will succeed Helle Kristoffersen who is leaving the Board after 11 years.

The board also resolved to renew the mandate of Ramon Fernandez as deputy CEO.

Richard said: “I wish every success to the tandem formed by Christel Heydemann and Jacques Aschenbroich which will be proposed to shareholders at the next AGM. Two experiences and two sources of energy serving the responsible development of this magnificent Group that I am happy to have served with passion these past twelve years”.

Heydemann said: “I am delighted at the decision of the Board to propose Jacques Aschenbroich as the Chairman of Orange. I’m sure that his long experience on matters of governance will bring much of value to the Group and I’m certain that his international experience and profound knowledge of industry will allow us to write a new chapter in Orange’s rich history together”.