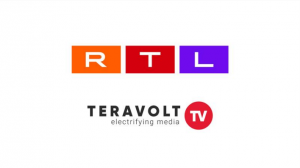 RTL aims to launch the RTL+ app on the Vodafone platform before the end of the year. RTL+ premium customers will then be able to access more than 55,000 hours of content in various genres via GigaTV, inlcuding in-house drama productions such as Sisi and Der König von Palma as well as entertainment shows, documentaries and films, and live broadcasts of UEFA Europa League and UEFA Europa Conference League matches.

Oliver Koch, founder and CEO at TeraVolt, said: “RTL+ is one of the most important players in the streaming segment with its content and strategic orientation. We are all the more pleased to develop the app together with RTL Germany and make it available on GigaTV. At the same time, we are further expanding our long-standing successful collaboration with Vodafone along the new processes.”

Alexander Krey, head of platform growth RTL+, said: “We develop most of the applications for RTL+ in-house. However, our colleagues at TeraVolt are real experts in working with Metrological’s Lightning Framework. That’s why they are exactly the right partner to make RTL+ easily and directly accessible to GigaTV users as well. We are very much looking forward to the collaboration and the launch, which should take place later this year.”