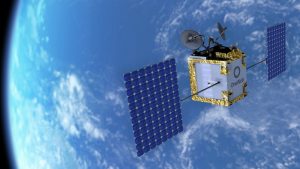 High-Throughput Satellite capacity is expected to expand dramatically over the next five years, but with growth primarily driven by non-tradtional non-geostationary satellite constellations focused on delivering broadband capacity according to a report by Euroconsult.

Global HTS capacity supply is expected to grow at a 45% CAGR, surpassing 60,000Gbps of capacity, according to the report.

Non-geostationary orbit (NGSO) broadband constellations are projected to account for nearly 90% of capacity supply in 2026, a contrast to the historically dominant market share of supply held by GEO-HTS systems.

Global capacity demand is meanwhile projected to average 28% on a compound annual basis through 2030, with the consumer broadband segment poised to account for nearly 60% of net capacity growth globally.

Recent NGSO developments include the launch campaign of SpaceX’s Starlink LEO constellation, which drove  a 350% expansion of global HTS capacity supply in 2021 after entering initial operational status. While other NGSO constellations have faced a mix of development and launch delays, OneWeb and SES (O3b mPOWER) are poised to enter initial service in 2022, the report points out.

The research outfit says that the GEO-HTS segment will continue to grow, albeit at a more moderate pace, with established operators dopting software-defined satellite architectures to help reduce risk and improve agility.

“This in turn will drive significant improvements in value and performance of satellite broadband services”.