Technicolor to split in two with TCS spin-off 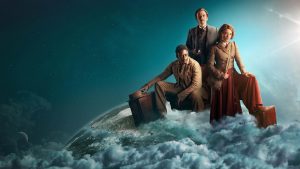 Technology outfit Technicolor is to split in two with the partial spin-off of its Creative Studios arm.

Technicolor plans to list and spin-off 65% of special effects arm Technicolor Creative Studios (TCS) through a distribution in-kind to Technicolor shareholders, while Technicolor will remain listed on Euronext Paris and, post-spin off, will retain up to 35% ownership of TCS

The company said the move would enable it further deleverage its balance sheet and refinance its debt structure.

The spin-off will see Technicolor divided into the TCS unit and a business comprising its connected home – including set-top box – and DVD services businesses.

Technicolor said that the TCS business had distinct characteristics in terms of growth, margins, capital intensity, and cash flow generation in relation to the rest of the business.

It said that TCS, which provides virtual effects for content creators, offered a ‘pure play’ equity story in a market undergoing “exponential growth”.

The company said that the remaining business would strengthen its position in the connected home and DVD services markets.

Technicolor will look at disposing of its remaining 35% stake in VCS either ahead of or following the spin-off, depending on market conditions.

Technicolor proper, which has become a market leader in the supply of Android TV set-top boxes, will be led by current connected home chief Luis Martinez Amago as CEO, with Richard Moat, the current CEO, becoming chairman.

The announcement came as the company posted full year results. Technicolor met its 2021 guidance for the year, with adjusted EBITDA reaching €268 million on revenues of €2.9 billion, down 1.7% at constant currency.

The company has also received an offer to sell its trademark licensing business for around €100 million in cash.