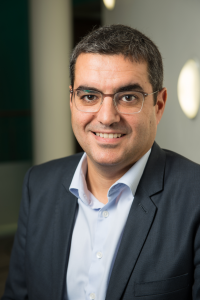 Padrines was until recently CEO of TV technology outfit Synamedia, where he is credited with building a high-performing business and global executive leadership team while also developing a full range of corporate functions, stabilizing its global operations and positioning the business for continued growth.

Prior to Synamedia, Padrines was Cisco’s VP of global service provider for EMEA, having joined Cisco as part of the sale of NDS where he had served in a range of senior executive and general management roles.

Nemetschek said that Padrines would bring a strategic orientation and proven ability to mobilize large teams and lead them to strong business results to the company.

Nemetschek provides production tech services in the media and entertainment space through its Maxon arm.

“As a market-leading provider of software solutions for the AEC/O and Media & Entertainment industries, the Nemetschek Group’s impeccable history, strong brands and culture of innovation are what attracts me most,” said Padrines.

“I am both thrilled and honored to lead the Nemetschek Group to its next phase of growth and look forward to working with a world class team. My experience and enthusiasm should further maximize the potential of the business and create premier workplaces and a winning culture for our people while driving long-term value for our customers and shareholders.”