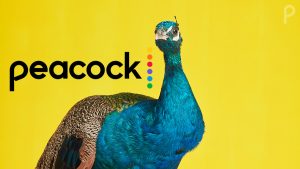 Comcast is to double the amount it spends on programming on streaming service Peacock this year to over US$3 billion as it seeks to drive take-up, with a plan to increase domestic content spending to US$5 billion in the next couple of years.

Speaking to analysts after Comcast reported its Q4 numbers, CFO Michael Cavanagh said that some of the increase in spend would be “incremental” and some “will be a reallocation from linear programming”.

He said that “while we expect a significant step up in revenue” from the streamer this year, Comcast expects the increase in content and marketing spend will lead to an EBITDA loss of about US$2.5 billion.

Comcast has moved its strategy for Peacock to focus on attracting subscribers to its advertising-mid tier offering, which includes some premium content, rather than the pure AVOD service and the higher-priced SVOD ad-free version.

“While the timing of when Peacock breaks even may be pushed out from where we originally expected, we believe pursuing a dual revenue stream is the right strategy to create long-term value,” said Cavanagh

Also on the analyst call, Comcast CEO Brian Roberts hailed 2021 as “fantastic year for our fast-growing streaming service, which has outperformed our high expectations”.

Roberts said that Comcast’s research showed that four in five Peacock users preferred an ad-supported service to the higher-priced ad-free SVOD offering. He said that the majority of paying customers chose the US$5 AVOD service in preference to the US$10 a month ad-free option.

Answering analyst questions, NBCUniversal CEO Jeff Shell said that “Peacock is not a separate business” from Comcast’s overall TV offering but an “extension” of it, based on the same “dual revenue stream” of subscription and advertising.

Taking this point further, Cavanagh said that Comcast’s international strategy for Peacock would be focused on service provider partnerships including launching the service on Sky, with Italy to follow the UK and Germany. Beyond those core territories, which he said accounted for around 70% of the addressable market, he said that “we’re going to be disciplined” about expansion with a focus on “partnerships and on a bespoke country-by-country basis of expanding internationally”.

Peacock monthly active accounts in the US reached 24.5 million at year-end.

Peacock operating expenses, including higher programming costs, helped push up Comcast’s EBITDA loss for the year to US$1.7 billion, up from a loss of US$663 million in 2020.