Salto underperforming, according to press reports and CNC figures 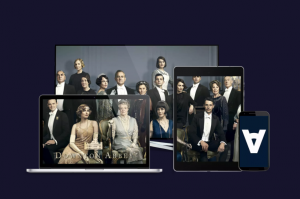 Salto, the French SVOD streamer launched by pubcaster France Télévisions and commercial broadcasters TF1 and M6, is underperforming with only about 500,000 paying subscribers, according to a French press report.

According to Capital, citing its own sources as well as a survey carried out by cinema finance outfit the CNC in January, Salto has only attracted half a million customers, well under the 700,000 cited by France Télévisions president Delphine Ernotte in a radio interview in January, without clarifying how many of these were on free trials.

The 500,000 figure, if correct, is only half the number originally predicted for the offering by the end of last year.

According to the CNC’s Baromètre de la video à la demande (VàD/VàDA) survey, carried out in November but published in January, Salto reached only 8.4% of internet users who said they had paid to watch movies or TV programmes on-demand, compared with 62.9% for market leader Netflix, 51.2% for second-placed Amazon Prime Video and 31.4% for rising star Disney+.

Salto in fact is 16th placed among the 20 services covered by the CNC survey.

Salto’s launch was long-delayed. Originally planned by France Télévisions for 2017, the pubcaster teamed up with the country’s commercial broadcasters the following year with a plan to launch in 2019, but this was delayed because regulatory concerns, in particular over a long period when it was being considered by the European Commission but ultimately returned to the French competition watchdog.

Salto has also been criticised for being priced too high and for offering too little original content, or content that is available on other services soon after it appears. The service also suffers from limited distribution, with only Bouygues Telecom making it available via its set-tops among the country’s major ISPs.