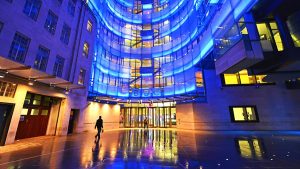 UK culture secretary Nadine Dorries has announced plans to abolish the licence fee and freeze funding to the BBC.

Confirming a story from the Mail on Sunday, the secretary tweeted: “This licence fee announcement will be the last. The days of the elderly being threatened with prison sentences and bailiffs knocking on doors, are over. Time now to discuss and debate new ways of funding, supporting and selling great British content.”

The BBC’s funding model has long been a target of the ruling conservative party, with a review into non-payment announced as one of the first acts of current prime minister Boris Johnson’s premiership.

The plans, which will formally be revealed this week, will see the licence fee remain at £159 until 2024 before rising slightly each year through to 2027 when it will be fully abandoned. Typically the fee would be adjusted due to inflation, but this will not be the case for at least the next two years.

The licence fee makes up the majority of the BBC’s income, and its freezing effectively serves as a funding cut for the pubcaster which is already having to stretch production budgets in order to remain competitive with big-budget content from US powerhouses like Disney and Netflix.

Alternative funding models could include a universal levy on broadband subscriptions, or a subscription akin to the operation of SVODs.

Dorries has shown little sympathy to this plight, with the Mail quoting an ally of the secretary as saying: “There will be a lot of anguished noises about how it will hit popular programmes, but they can learn to cut waste like any other business. This will be the last BBC licence fee negotiation ever. Work will start next week on a mid-term review to replace the charter with a new funding formula. It’s over for the BBC as they know it.”

Reacting to the news, a BBC source cited by The Guardian said: “There has been similar speculation before. There are very good reasons for investing in what the BBC can do for the British public, and the creative industries and the UK around the world. Anything less than inflation would put unacceptable pressure on the BBC finances after years of cuts.”

Critics have argued that the announcement from Dorries – a staunch defender of the embattled prime minister – has been made to distract from a litany of scandals and calls for Johnson’s resignation.

Liberal Democrat leader Ed Davey has echoed this sentiment, saying: “Slashing the funding of a beloved national treasure just because you don’t like the headlines on the 6 o’clock news is no way for a responsible government in a democracy to behave.”