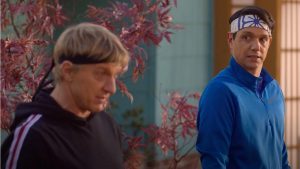 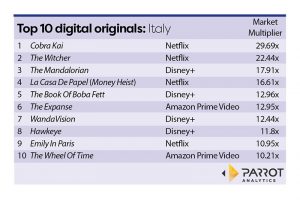 The spoils are shared equally with Disney+, which also features four times with Star Wars spin-offs The Mandalorian (third, 17.91 times the demand of an average show), and The Book of Boba Fett (fifth, 12.96 times). Marvel series WandaVision and Hawkeye also feature in seventh and eighth respectively.

Rounding out the chart are two titles from Amazon – the sci-fi hit The Expanse in sixth and fantasy adaptation The Wheel of Time in tenth.