BBC Studios in the UK has appointed Martyn Freeman as its new chief operating officer. 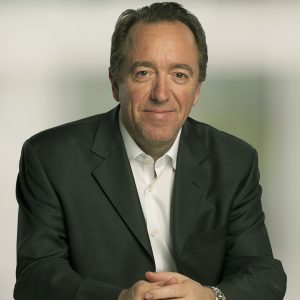 In his new role, Freeman will expand his remit to take responsibility over technology, transformation and property. He will also take lead on the negotiation of major acquisitions and partnerships, regulatory compliance in multiple international jurisdictions, and the company’s technology strategy.

His appointment as COO comes just two months after Tom Fussell was named as the company’s CEO – with the hunt for a replacement for Tim Davie lasting more than a year before interim chief Fussell’s role was made permanent.

Freeman has acted as general counsel for BBC Studios since its inception, having previously held the role for BBC Worldwide from 2011.

Prior to that, he led BBC Worldwide’s legal and business affairs teams, first as group head and then as director, where he oversaw the creation of partnerships such as BBC Books and 2entertain, the re-structuring of joint ventures with Discovery, and the financing and production of BBC Worldwide’s slate of natural history feature films.

Freeman has also held a variety of other roles across the BBC, including as head of business affairs, radio & music, factual & learning and news.

Fussell described Freeman’s new role as “critical” for the future of BBC Studios. while Freeman commented: “We are driving through plans to realise new digital revenue streams, we have a new CEO at the helm and we have committed to ambitious goals to increase our returns to the BBC Group for the next five year period. I look forward to playing a key role in our continued success.”