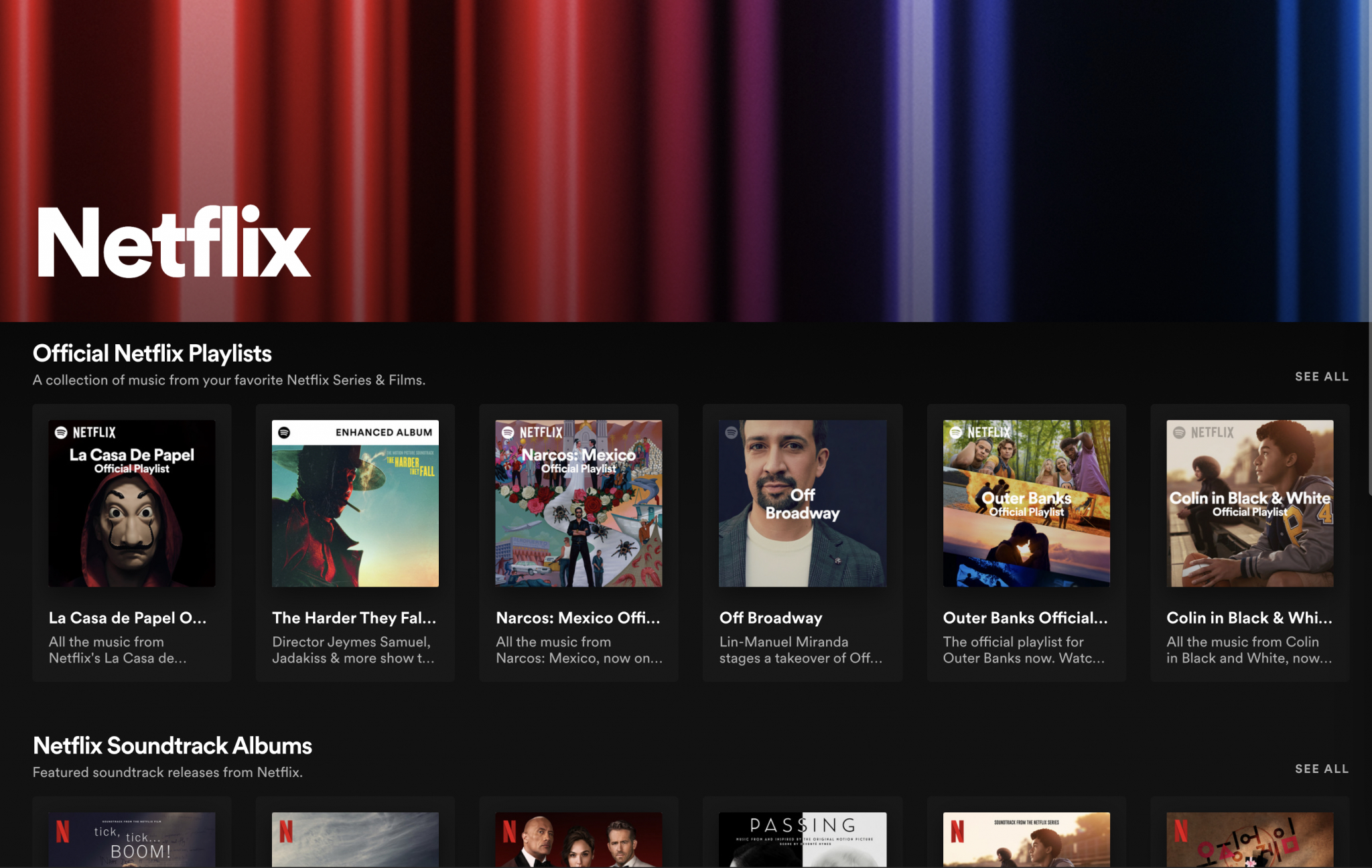 Netflix has partnered with Spotify to create a dedicated ‘Netflix Hub’ on the music streaming platform.

In a joint statement, the companies said that the hub will provide a single destination for official soundtracks, playlists, and podcasts related to Netflix shows, along with exclusive Spotify content.

The first noteworthy launch for this hub is an enhanced album experience for Western movie The Harder They Fall, which will provide a behind-the-scenes look at the creation of the movie’s soundtrack. Spotify has also refreshed its La Casa De Papel destination within the hub, with new videos from the cast and the show’s official playlist featuring tracks from the latest episodes.

The Netflix Hub is available on Spotify in the US, Canada, Australia, New Zealand, the UK, Ireland, and India​​.

This is the latest partnership of this kind that Spotify has agreed with a major US media company in an attempt to provide feature differences from rivals Amazon Music and Apple Music. In 2019, Spotify created a similar hub with Disney for its music and podcast content.