Liberty Global will ‘continue to invest’ in HFC and DOCSIS 4.0, says Fries 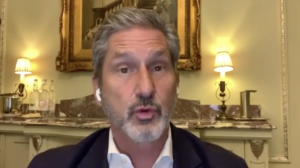 Liberty Global will continue to invest in its HFC network including DOCSIS 4.0 and will only deploy full fibre-to-the-premises on a case-by-case basis for customers that require it, according to CEO Mike Fries.

Speaking on a virtual Morgan Stanley European Technology, Media and Telecom conference, he said that HFC “has a rich history full of innovation” and the reason “we’re the speed leader in every market” it operates in, said Fries. “DOCSIS got use there. Will DOCSIS 4.0 work? Absolutely.”

“We will not every shut that network down – it’s not a legacy network; it’s a really fast network. We are not the same as [the telcos],” he said, referring to telecom operators’ plans to shut down their copper networks.

He said that Liberty was still looking to overlay the last part of its network with fibre. “I think we’re in a golden position…with a really clear path to 10Gbps, but DOCSIS 4.0…is going to work.”

He said there were a lot of factors to look at in deciding which approach to take in each market. “It will vary in each market – the strategic opportunities are not the same,” he said.

Fries said that because Liberty was “already fibre-deep” and would only do a fibre drop to people who wanted those ultra high-speeds, it would continue to run HFC in parallel and give the majority of subscribers a DOCSIS product.

He said shutting down HFC and replacing it with fibre to the home in all cases made no sense economically and that the company’s current solutions offered “the best of both worlds”.

Fries also said that separate listings for company assets could be a good way to create value, and said that it would “take a serious look” at Switzerland as a possibility next year. He said the company had IPO rights in the Netherlands and would have IPO rights in the UK in three years, but added that Liberty would look at this issue “opportunistically”.

In relation to the UK, Fries said that VMO2 was delivering results, adding “twice as many subscribers as BT Openreach on half the footprint”.

In relation to network expansion, he said that Liberty was “looking at seven million homes or maybe more” but added that “the wholesale opportunity in the UK is ripe for the picking”. He said that BT would face “significant competition in wholesale”.

Fries said that Liberty was “working pretty actively on working out its next moves in the infrastructure space. It’s top of the agenda. There’s no rush but it’s looking pretty interesting.”

He said that the “fibre frenzy” from new entrants of recent years had subsided, with BT much more aggressive on fibre and VMO2 also building out. “We’re going to see a lot of consolidation and not everyone is going to make it. Will it be a two-horse race? Two horses is enough in my book,” he said.

Fries said that while circumstances varied between markets, “servcos and netcos are very different businesses”. ‘Netcos’ are highly leveraged with higher margins and will attract higher multiples in terms of a sale than a ‘servco’, he said. However, it was “not simple” to separate the two, despite the fact that it created options to finance and build the business.

Liberty Global will focus on executing on the markets where it has built fixed-mobile players through consolidation, will look aggressively at “the infrastructure opportunities that we have”, and being “focused on value creation…we are not empire builders”, said Fries.

“We decided we had to get smaller to get bigger,” said Fries, reflecting on the fact that Liberty now has greater overall revenues from a smaller footprint thanks to its strategy of building fixed-mobile champions in key markets and withdrawing from those where it lacked scale.

“Convergence works in Europe – it’s critical,” he said. “The fixed mobile businesses are all about driving scale and growth and taking market share and ultimately driving massive free cashflow.”

Fries said that Liberty’s ventures portfolio was “now too big to ignore” with a focus on businesses in tech, content and infrastructure that are adjacent to Liberty’s core business.