Ofcom chief executive Melanie Dawes has called for tougher regulation of social media to force tech giants to be more transparent about how they ensure safety, filter out harmful content and protect democracy. 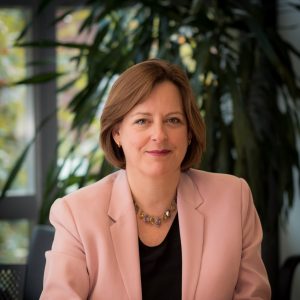 Speaking as the government’s online safety bill, which will give Ofcom the power to fine companies up to 10% of qualifying revenue for breaches of the law, begins its passage through parliament, Dawes said that it was time to hold social media giants to much greater account.

“Too often, companies appear to have prioritised growth over the safety of their users. By designing their services to maximise reach, they may have inadvertently promoted harmful content: bullying or harassment, hate speech, self-harm. They may not be quick enough to tackle terrorism or sexual abuse,” she said.

“If these companies are regulated at all, it is only by outrage. The time has come for strong, external oversight.”

In enforcing the new rules, Dawes said that Ofcom would “build on our track record of upholding broadcast standards, supporting a range of views and promoting innovation”.

She said that the regulator would not moderate or regulate individual pieces of content, but would “require companies to assess risk with the user’s perspective in mind”.

Dawes said that the regulator would set out codes of practice and report publicly on tech platforms’ performance.

“We will hold companies to account on how they use algorithms, address complaints and ensure a safe experience for children. The biggest services must also explain how they protect journalistic and democratic content. Today, these decisions are being made behind companies’ doors, with no visibility or accountability,” she said.