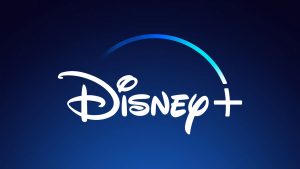 Disney plans to up its investment in streaming offering Disney+ beyond the previously announced total content spend of between US$8 and US$9 billion in fiscal 2024 as it ploughs money into more regional and local content.

The commitment came as Disney+ subscriber additions for its fourth quarter slowed to a trickle with just two million net additions.

Speaking after Disney released its Q4 and full year results, CEO Bob Chapek said that “we will now be increasing that investment further with the primary driver being more local and regional content – we are expanding our global reach by introducing Disney+ in additional markets around the world”.

Chapek also said that Disney saw an opportunity to add pre-school kids content to the service, which would help bring in a new group of subscribers.

Chapek said that the streamer would launch tomorrow in South Korea, followed by Taiwan and Hong Kong on November 16.

He said that the company planned to bring the service to over 50 additional countries and territories, including markets in central and eastern Europe, the Middle East and southern Africa next year, on top of the 60-plus markets currently covered. Chapek said he expected Disney+ to in over 160 markets by the end of 2023.

The company says it is on course to meet its target of 260 million paying Disney+ customers by the end of 2024 and have the service achieve profitability that year.

Disney+ had 118.1 million subscribers as of October 2, up 60% year-on-year, but with only two million net additions in Q4

The number fell well short of analyst forecasts, although Chapek reminded those listening that he had already said he expected a slowdown in additions for the final quarter, in part due to COVID-related production delays.

Disney+ Hotstar, the company’s streaming offering in key Asian markets, however saw its base decline in the quarter.

Among Disney’s other streaming offerings, ESPN+ had 17.1 million subscribers, up 66%, and Hulu had 42.8 million, including four million who took the live TV offering, up 20% overall.

Disney+ revenue per subscriber was down 9% to US$4.12 as the company progressed with its international rollout, extending the reach of the offering to new emerging markets.

Direct-to-Consumer revenues for the quarter increased 38% to $4.6 billion and operating loss increased from $0.4 billion to $0.6 billion. The increase in operating loss was due to higher losses at Disney+, and to a lesser extent, ESPN+, partially offset by improved results at Hulu.

Disney how expects Disney+ to hit peak losses in 2022 instead of 2021, with lower costs through production delays contributing to an improved top line this year, as well as contributing to the slowdown in subscriber additions.

Disney overall posted revenues of US$18.5 billion for the quarter, up 26%, and pre-tax profits of US$290 million, compared with losses of US$580 million last year.