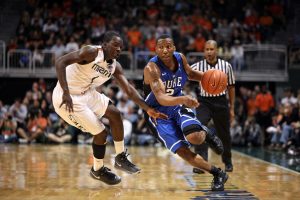 Baltic media company TV3 Group has struck a partnership agreement with ESPN Sports Media whereby basketball fans in Lithuania, Latvia and Estonia will be able to watch live broadcasts from NCAA Men’s basketball season and March Madness season via TV3 Sport channels, as well as on the group’s OTT platform in the Baltics, Go3.

During NCAA regular season Baltic viewers will be able to watch 4 games each week and during March Madness will have opportunity to enjoy 32 games.

Raimonds Zeps, Head of Sports at the TV3 Group said: ‘We are delighted to enter into multiyear exclusive partnership with ESPN Sports Media. The NCAA Basketball Tournament is one of the most popular televised sporting events in the world. Possibility to follow some of the best young Baltic players performances is exciting and I’m sure our basketball fans will appreciate it’.