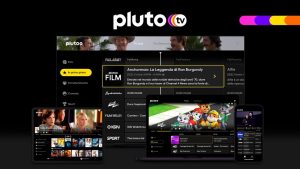 Pluto TV is staking its claim as the first FAST service to launch in the country. ,

The list also includes a selection of pop-up and seasonal channels, temporary channels dedicated to specific shows, moments and special reviews. Among them, there will be Super is Coming! Xmas, a virtual space entirely dedicated to Christmas.

Pluto TV will be available in Italy on TV, smartphone, tablets and PCs via the Pluto TV website and via app on Samsung Tizen, LG Smart TV, Amazon Fire TV, Android TV and Chromecast. iOS and Android apps are available on the Apple Store and Google Play.

Sky Media is the main advertising partner for Pluto TV in Italy.