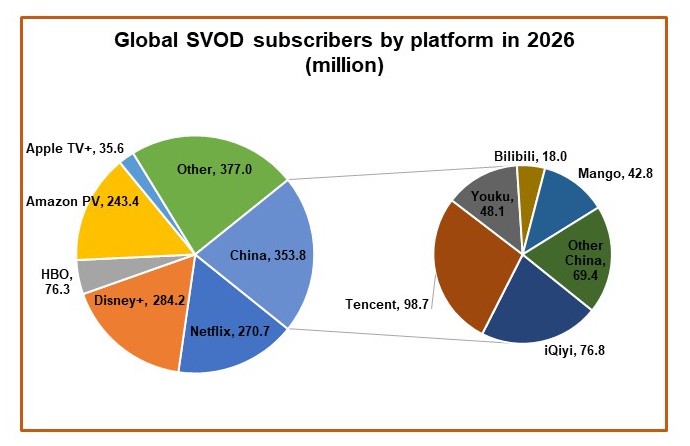 Global SVOD subscriptions are set to increase by almost half a billion over the coming years.

According to Digital TV Research, the number of SVOD subscriptions will increase by 491 million between 2021 and 2026 to reach 1.64 billion.

Three streamers are set to dominate the global space. The report asserts that Disney – with its services such as Disney+, Hulu and Hotstar – will overtake Netflix in 2025. Disney+ will add 140 million subscribers in the next five years to amass a total of 284.2 million. Some 121 million of that total will fall under the Hotstar banner in 13 Asian countries.

Services from China will be subscribed to by over 350 million users. Of those, Tencent will be the largest with 98.7 million, followed by iQiyi (76.8 million) and Youku (48.1 million).