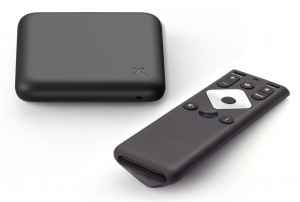 Comcast has publicly unveiled its new global wireless streaming device, the XiOne, that is initially available in Italy and Germany to Sky Q customers and will be rolled out in the US to Xfinity Flex customers.

The launch in Europe, which is ongoing, marks the first time Sky’s video services are available via IP. Sky Deutschland announced last month that it was launching Sky Q via IP, giving subscribers the option to take the advanced TV service without a satellite or cable connection, without giving details of the device.

Comcast said the XiOne is the first Comcast connected streaming device that will be made available to all its customers across Comcast’s Xfinity and Sky operations, and to its syndication partners.

It describes the XiOne as a plug-and-play device that features fast processing and increased memory, enabling swift switching and navigation in and out of apps.

Comcast plans to make the device available across more channels and to its Xfinity X1 customers and syndication partners in the future.

“When Sky joined the Comcast family, we brought together our engineers to share insights, roadmaps, talent, and technology to support our global customers. The launch of our new XiOne device is a direct result of these efforts and underscores how our collaborative development approach can bring new and innovative streaming products to markets faster and more efficiently,” said Charlie Herrin, president of technology for Comcast.

Comcast’s unveiling of the XiOne comes after reports that Sky – and also Comcast in the US – are planning to launch their own smart TVs as the battle to be entertainment gatekeeper in homes heats up.

According to press reports, Sky could announce a move into smart TV hardware as early as next month, while Comcast plans to launch smart TVs under its XClass brand.