Sky is planning to launch its own range of smart TVs as the battle between traditional pay TV operator and streaming giants accelerates, according to press reports. 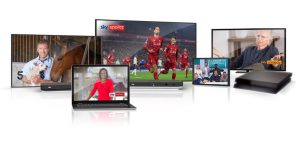 According to the Financial Times, citing unnamed sources, the Comcast-owned pay TV operator could announce a move into smart TV hardware as soon as next month.

Launching its own smart TVs would represent a significant shift in strategy by Sky, which has invested heavily in the Sky Q advanced TV platform as its primary engine of growth on the technology front.

It would also open a new front in the battle to establish Sky as a gatekeeper that provides access to third-party content services such as streaming offerings from Netflix and Disney.

Sky’s parent company recently struck a deal with Hisense to sell two of the latter’s smart TV models in the US market under Comcast’s XClass brand, according to a separate report in Protocol, a technology publication.

Earlier, the Wall Street Journal reported that Comcast had struck a deal to sell its smart TVs with retail giant Walmart.

Sky’s German subsidiary, Sky Deutschland, launched a version of Sky Q on the web in August, giving subscribers the option of taking the service without a cable or satellite connection.

The German offering provides access to over 80 channels, including the main free TV services and the full range of Sky and partner channels.

It also includes access to catch-up and on-demand services, with subscriptions available from €12.50 a month.