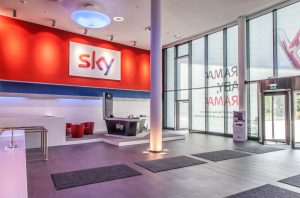 In addition to the Sky Originals Die Ibiza Affaire and Die Wespe, both of which will air this year, Sky broadcast is bringing Der Pass, season two, Paradiso, Das Boot and Souls in 2022 and the fourth season of Babylon Berlin

A total of 60 self-produced series from Germany, the UK and Italy are planned for broadcast.

Elke Walthelm, program director at Sky Deutschland, said: “Our aim is to offer top-class in-house productions in an attractive mix across a variety of genres for a broader target group. That is why we are massively increasing our investment in self-produced series. We want to offer our viewers the best, most exciting programmes. In addition to the productions presented today, we have many other great things in the pipeline. Our plans for Sky Originals are ambitious, and overall we are doubling our group-wide investment in original content by 2024. Next year we will have 60 Sky Originals in our plan, including our own series from the UK and Italy.”

Jane Millichip, Sky Studios chief content officer, said: “Sky Studios is producing premium content like never before across Europe, working with the best storytellers from Germany, Italy, the UK and around the world. Our production and development pipeline in Germany is particularly exciting because we announced even more new shows today, including fast-paced series like Autobahn to warm-hearted and forward-looking comedies like Tender Hearts. German creativity and production are doing splendidly, and we are delighted that we can increase our investments to bring German storytellers to the world. ”

Frank Jastfelder, director original production, scripted, Sky Deutschland, said: “We will continue to rely on local high-end series with captivating stories, fascinating characters and high production value for our German Sky Originals. Whether action, drama or comedy, we continue to work with the best creative people and talents in front of and behind the camera to ensure the unmistakable signature of our in-house productions. A signature that is not only loved by our German audience, but also generates a lot of enthusiasm and awards worldwide.”