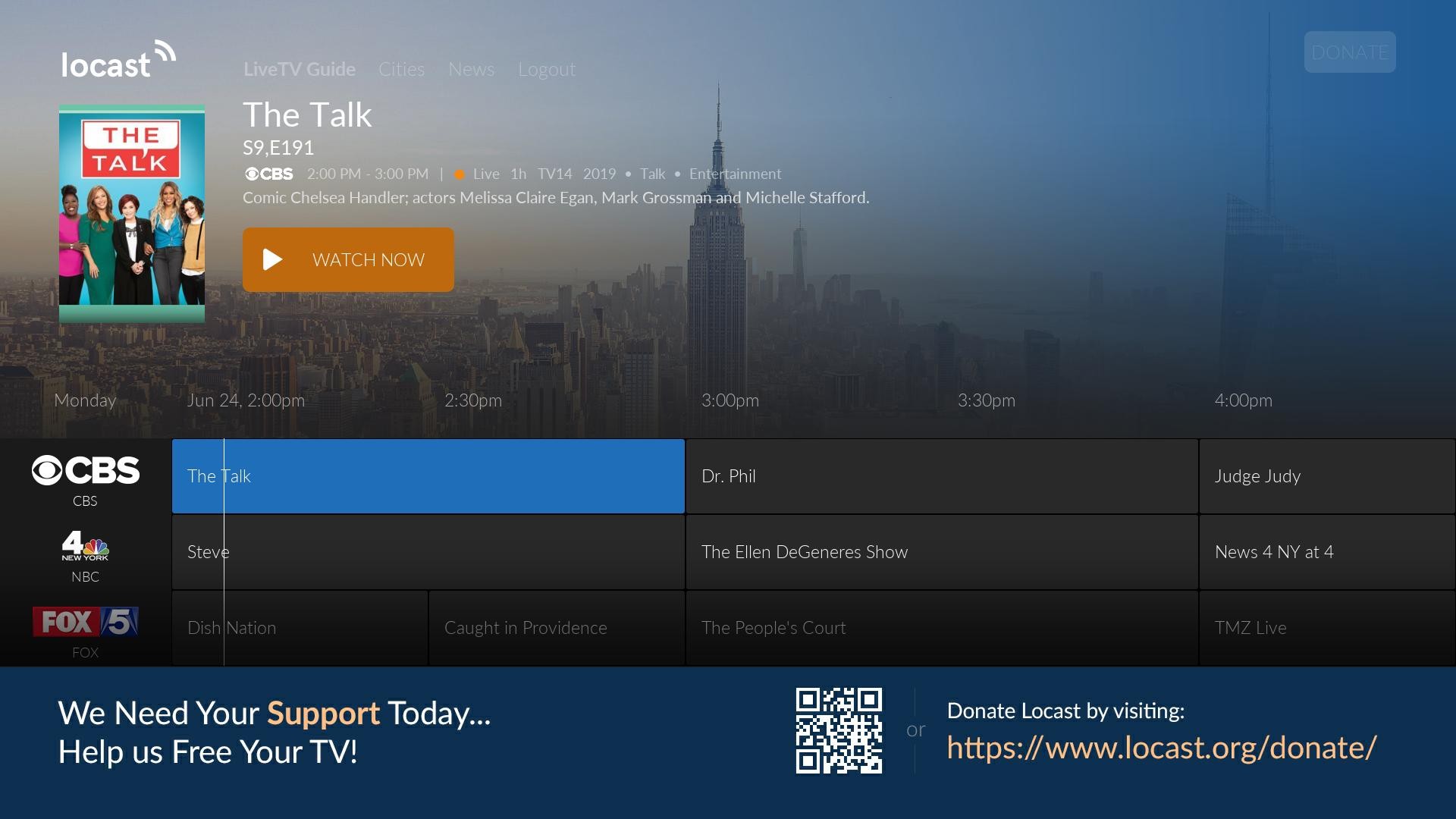 The platform promised to make local broadcasts – those which are already broadcast free-to-air – freely available to stream online. It used a legal exemption in copyright law to re-transmit local broadcasts and put them online.

While legal via a technicality, major broadcasters ABC, NBC, CBS, and Fox launched a legal challenge to the platform back in 2019. That challenge argued that Locast’s business was “an acknowledged effort to devalue the entire market,” and that the platform’s requests for donations were being used to expand the platform instead of just maintaining it in violation of those legal exemptions.

Earlier this week, a court ruled in favour of the broadcasters, leaving Locast with few options. It initially said that it would remove the donation-requesting stream interruptions, but days later it has gone a step further and is suspending its business.

In an email to users, Locust explained the move, saying: “As a non-profit, Locast was designed from the very beginning to operate in accordance with the strict letter of the law, but in response to the court’s recent rulings, with which we respectfully disagree, we are hereby suspending operations, effective immediately.”

It remains unclear whether Locast intends to challenge the ruling or seek deals with the aggrieved broadcasters in order to continue its operations. For now, Locast looks to be shut down for good.