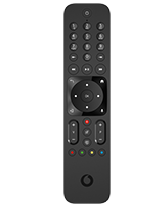 Vodafone España has started to offer its voice-enabled remote control to all new customers who sign up to its Vodafone TV service.

The voice-enabled remote also allows users to navigate across the service’s different menus, such as commanding it to show recordings, and to search among channel listings, for example by asking the device what is on digital-terrestrial channels on a particular evening.

Other functions include searching titles by the names of cast members or genre or requiring a programme to rewind by a specific number of minutes.

The device connects to the set-top via Bluetooth Low Energy, avoiding the need for line of sight with the box, and can also be configured as a universal remote, unifying all TV functions in a single control.

Vodafone España last year launched its own intelligent voice assistant, Átika, combining premium sound quality, Amazon Alexa and voice control of the TV in a single device. Speaking at the time of the launch, Vodafone TV director Ignacio Garcia Legaz said that over 50% of customers used voice control each month to find content they want to watch.