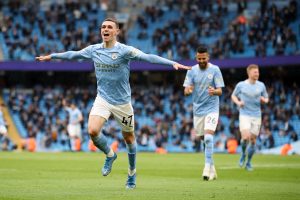 Canal+ has secured exclusive rights to English Premier League football for a further three seasons. The renewal comes as the pay TV operator comes under pressure from the French government over its perceived refusal to honour a commitment to air Ligue 1 French football through a licensing agreement with beIN Sports.

Canal+ will air 380 Premier League matches a season from the 2022-03 season under its latest deal. Matches will be available on the Canal+ linear channels and on the digital Canal+ Premier League channel streamed as part of the MyCanal offering.

Canal+ has also secured exclusive Premier League rights for the Czech Republic and Slovakia, where it offers pay TV services following its acquisition of M7 Group.

“We are particularly happy to have acquired exclusive transmission rights for the Premier League for Canal+ in France, for three additional seasons. Above all it will delight our subscribers who closely follow this championship. They will also benefit, up until 2025, from an exceptional experience, with some of the best clubs and players on the planet, on all screens. From the autumn the Premier League will be added on top of the two best fixtures each from the Champions League, the best match of the Europa League, also to the Top14, Formula 1 and even MotoGP, aired in totality on Canal+. And for the first time, our partnership with the Premier League will be extended to the Czech Republic and Slovakia, a new important step in the international strategic development of Canal+ Group, which currently counts over 22 million subscribers across the world, of which 14 million are outside France,” said Canal+ CEO Maxime Saada.

“The Premier League is delighted to continue our outstanding partnership with Canal+ in France and to extend our longstanding collaboration in two new markets Czech Republic and Slovakia through the M7 Group. Canal+ has consistently delivered market-leading sports coverage and Premier League fans can look forward to more matches being made available live in these territories through to Season 2024/25,” said Paul Molnar, chief media officer of the Premier League.

The Premier League deal comes as Canal+ comes under pressure from the French government following its partner beIN Sports’ failure to make a payment due from its contract with the French Professional Football League (LFP) for Ligue 2 rights.

According to sports paper L’Équipe, the government is concerned that beIN’s failure to make the initial payment of €7.5 million for two Ligue 2 matches could be reproduced at the beginning of August for Ligue 1. BeIN has sublicensed two matches to Canal+, but the latter has said it will not air Ligue 1 over the LFP’s refusal to renegotiate the deal.

A source close to French president Emmanuel Macron told the paper that the government was concerned by Canal+ and beIN’s attitude, particularly following their failed legal action against the LFP in the Paris Commercial Court and before competition watchdog the Autorité de la Concurrence. The source told the paper that an explanation had been asked for but no reply had so far been received.