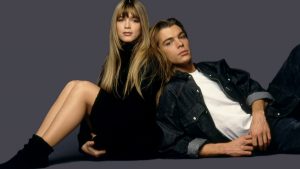 ViacomCBS-owned AVOD service Pluto TV is to add 10 new channels to its French offering, with 1,000 hours of programming and 150 movies from media company Mediawan’s catalogue.

The new channels will add to Pluto TV’s existing French offering of over 45 channels. The service has set an objective of offering 100 channels by the end of this year.

Another new channel will focus on US series of the ‘90s, including Baywatch, known in France as Alerte à Malibu.

“Via its free service, ultra-simple to access, Pluto TV is pleased to offer to the public today series that have delighted generations of viewers. This collection of series and films fits perfectly into the editorial mission of Pluto TV, which consists of developing a localised offering, chiming with the tastes of the public which, in each country, wants to see again or discover quality programmes of all genres: cinema, series, reality TV, documentaries, kids shows and much more,” said Philippe Larribau-Lavigne, country manager of ViacomCBS France.