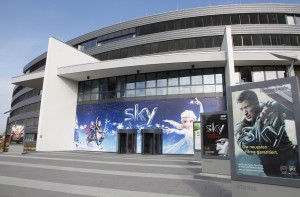 Sky Sports News is to move from free-to-view to pay TV exclusively in Germany.

Sky Deutschland said that the 24-hour channel would in future be available exclusively as part of the pay TV operator’s entertainment package or as part of the Sky Ticket OTT offering.

Sky Sports News in Germany launched in 2011 – about the same time as it withdrew from the free-to-air market in the UK to become a pay TV service again – and was broadcast exclusively on pay TV until December 2016, when Sky made it free-to-view.

The return to pay TV will take place in July, ahead of the new football season in Germany and the planned opening of the Olympic Games in Tokyo.

Sky said it would also align content on the channel with its premium sports packages and Bundesliga football package in the future, with guidance for fans on upcoming live events on the sports services.

“Thanks to the free TV showcase, all sports fans in Germany have been able to take a look at the world of Sky Sport in recent years and see the quality of our sports offer for themselves,” said Charly Classen, EVP of sports, Sky Deutschland.

“With the return to the Sky subscription, in addition to the new exclusivity, our customers can look forward to even more exclusive news, background content and, above all, live windows to current Sky broadcasts.”