Global pay TV numbers are still going up, despite much faster growth in direct-to-consumer streaming offerings, according to the latest numbers from research outfit Point Topic.

According to Point Topic, pay TV subscribers increased by 4.6% in the year-to December 2020, with an increase of just over one percentage point quarter-on-quarter.

The outfit found that subscriptions to leading D2C streaming offerings such as Netflix, Amazon Prime Video and Disney+ grew by over 50% through the year. 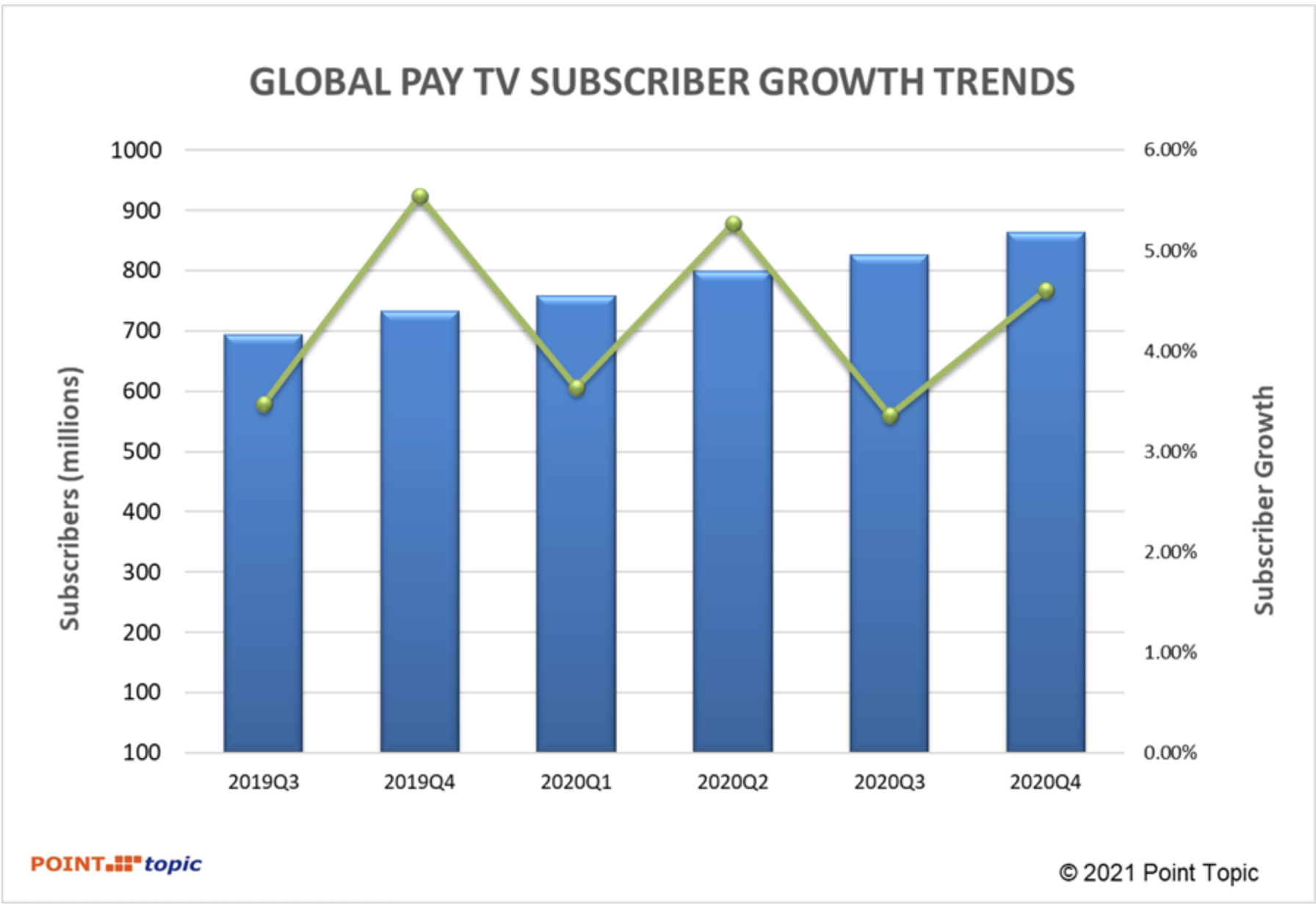 Fibre-based IPTV subscribers grew by 10%, while DSL-based IPTV subs increased by 5%. Cable TV was flat, with growth of under 1%, while satellite TV numbers fell by 7%.

Overall pay TV numbers, based on a study of 162 operators in 66 countries, reached 864 million, with 38 million net adds in Q4. Fixed broadband subscriber growth in the year to Q4 amounted to 1.6%, meaning that pay TV is continuing to grow much faster.

FTTH-based IPTV was boosted by numbers from China, where 315 million pay TV customers receive services in this way.

The top 10 countries for pay TV household penetration, excluding OTT numbers, are Portugal, South Korea, the UK – where the numbers however include Freeview – Finland, Ireland, the Netherlands, Hong Kong, Belarus, France and China, according to Point Topic, with penetration of over 100% in the top three markets.

For the UK, Point Topic found that Netflix household penetration was now closing in on free digital TV service Freeview, which has 60% penetration, while Amazon Prime Video has been growing rapidly and now reaches 40% of homes.