AMC Networks hit by advertising and distribution falls, but US streaming grows

AMC Networks saw declines in revenue both domestically in the US and internationally, with the group hit by falls in advertising and distribution revenues, partially offset by growth in its US streaming business. 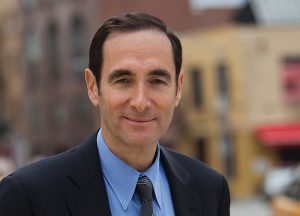 US operational revenues for the first quarter decreased 6% to US$574 million compared to the prior year quarter, with advertising falling by 7% to US$199 million ue to shifts in the timing of the airing of original programming and lower delivery, partially offset by higher pricing and ad-supported streaming growth

Content licensing revenues fell by 54%, contributing to a fall of 6% in distribution revenues in the US to US$375 million, but subscription revenues jumped by 14%, driven by paid streaming services. Affiliate revenues fell as cord-cutting continued to take its toll.

International and other revenues fell by 3% to US$121 million, with Distribution and Other revenues decreased 6% to $100 million primarily due to live venue closures and the timing of productions, and a decrease in distribution revenues at AMCNI.

One bright spot internationally was ad revenues, which increased by 11% thanks to favourable currency movements.

“AMC Networks had solid performance in the first quarter and we are on course to meet our 2021 financial and streaming targets, including reaching at least 9 million paid subscribers by year end. The transition of the company to be the worldwide leader in targeted streaming on the strength of our focused, strong content continues on track,” said president and CEO Josh Sapan.

“The support of our distribution partners for our streaming efforts and our advanced advertising strides are providing us with both stability and momentum. We believe the high viewer engagement, efficient economic model, and pricing power of our streaming offerings provide us with important strategic advantages which, when coupled with our valuable linear channel offerings, will fuel our growth and continue to position us very well over the near and long term.”