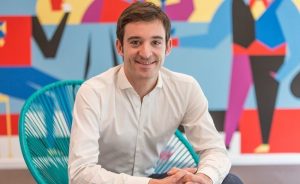 Xavier Niel’s Iliad Telecom/Free has moved forwards with preparation for a launch of fixed-line services in Italy after acquiring a minority stake in Uniero, a leading player in the distribution of consumer electronics and household appliances in the country.

Iliad has acquired, through its Italian holding subsidiary, a 12% stake in Uniero.

The pair have collaborated over the two years since Iliad launched its highly successful mobile offering in Italy. Uniero has distributed SIMs for Iliad in 200 of its 500 points of sale across the country. The acquisition of a stake will strengthen the relationship and give Iliad access to a broad distribution network for fixed-line products.

“We are happy to enter Unieuro’s capital to accompany them in their long-term growth. We appreciate the Unieuro team and share fundamental values ​​with them: a constant desire to innovate, a strong entrepreneurial spirit and a real attention to the quality of the relationship with users and consumers,” said Benedetto Levi, CEO, Iliad Italia.

Iliad CEO Thomas Reynaud told France’s BFMTV last year that the group planned to launch fixed services in Italy early this year, and the launch is now expected within the next few weeks.

Reynaud told BFMTV that Iliad would roll out its recently launched Freebox Pop product in the Italian market. The device is compatible with xDSL and fibre networks and Iliad is expected to roll out fixed-line services over Italy’s Open Fiber network.

The Freebox Pop offering in France includes the Player Pop Android-based TV box. Iliad has not yet specified what services it will offer in Italy or how it will evolve its fixed-line play.